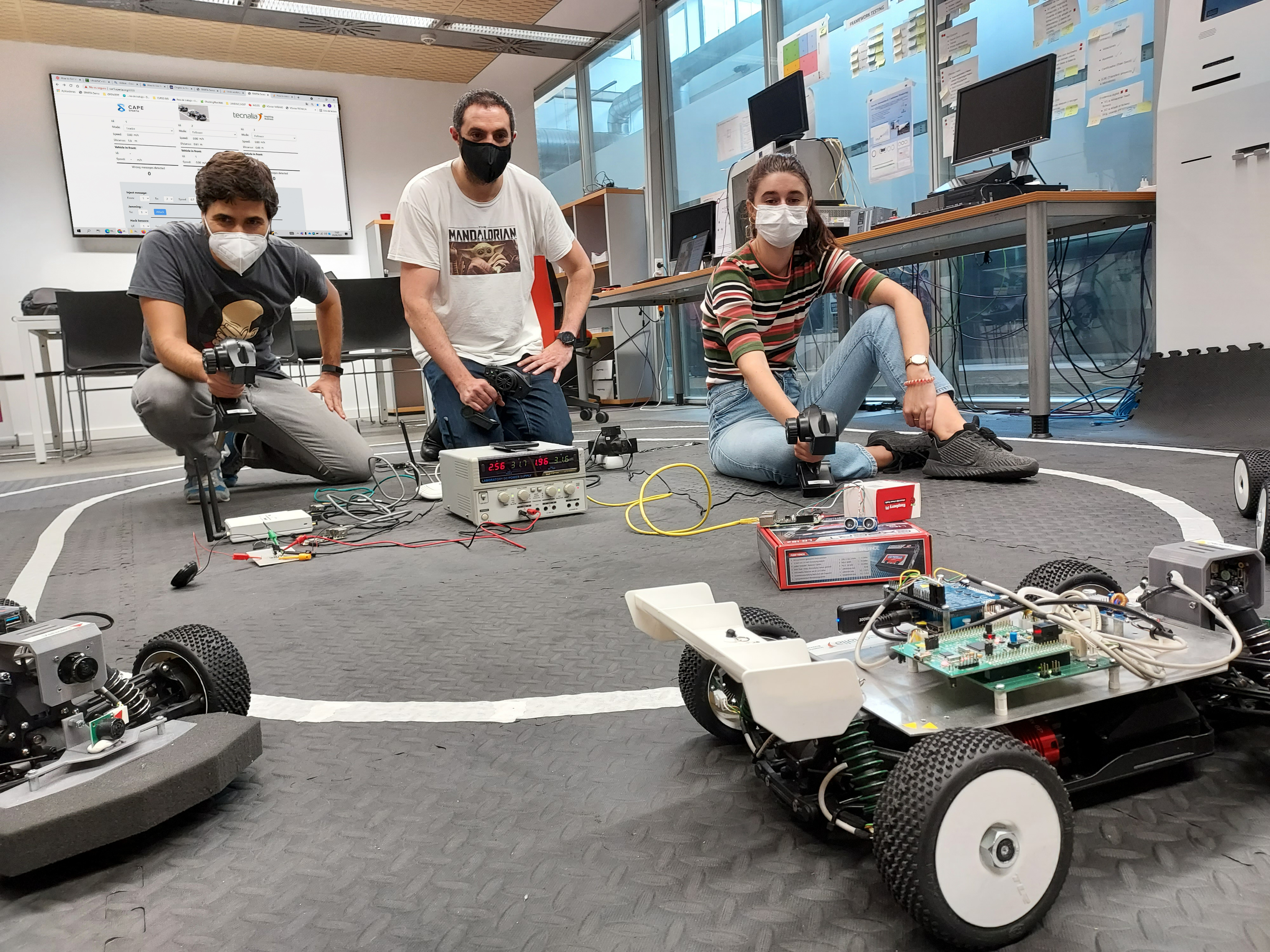 Last week EURECAT technology centre has visited the TECNALIA’s Autonomous Vehicle Cybersecurity laboratory, which is one of the laboratories that forms the BDIH Cybersecurity Node. The aim of the visit was to carry out, together with the TECNALIA team, a penetration test on a fleet of Model Cars while they circulate jointly and in a coordinated manner forming a platoon. This work is part of SPARTA!

In SPARTA, TECNALIA is working on the assessment and improvement of the security of connected vehicles driving autonomously in a platoon mode. A platoon is a group of vehicles driving in close proximity to each other, with the purpose of reducing aerodynamic drag, thereby reducing fuel consumption and CO2 emissions. Each platoon member, thanks to its CACC (Cooperative Adaptive Cruise Control), adapts its speed based on data received from its sensors and information exchanged with the other vehicles. They have also worked in new countermeasures to mitigate the cyber-attacks to which this component is vulnerable, more information can be found at the following link.

The penetration test carried out by EURECAT and TECNALIA has focused on two objectives: on the one hand, attacking the WIFI network used by cars to exchange information, with the aim of breaking inter-vehicular communications and causing crashes between platoon members. On the other hand, attacking the ultrasonic sensor in charge of detecting obstacles in the vehicle’s path, to trick it into detecting a non-existent obstacle in its path; as a result of the attack, the vehicle is brought to a stop, to avoid a crash with the obstacle, and its followers are brought to a stop too.